The SUMMA Storage API Implementation (SSAI) is a piece shim code that enables the two systems to communicate.

The SUMMA interface is implemented SSAI gets the best semantically equivalently reply. 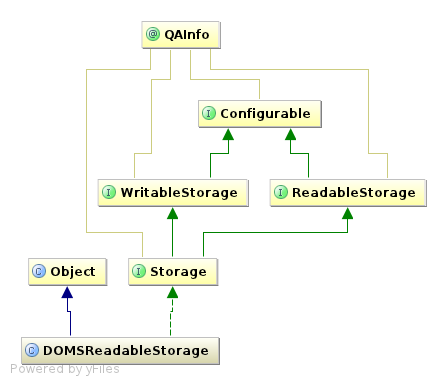 The DOMSReadableStorage publishes the following methods:

Quoting the SUMMA Storage Architecture description regarding the metadata in SUMMA, in this module represented as a QueryOptions objects:

In addition to the raw record content the Storage attaches the following metadata to each record:

Storing records externally, instead of directly in the Lucene indexes, provides for smaller indexes and more flexibility in a distributed environment. This also allows for the access to data to be independent of the underlying storage system. So far, Statsbiblioteket has used 4 different systems for Storage: